Alright. I may get in trouble for this post, however, it is something that is rarely talked about. My single wedding clients. Yes, you read right. Single…wedding…clients.

I have had numerous secret folders over the years tucked away for women who began the planning process well before they found a man to marry. Are these some sort of strange weird women? No, they are young, professional, intelligent, strong women who know what they want.

If we are honest, most women have been secretly planning their wedding since they were probably five or six years old. For almost two years, my daughter has been talking about her orange and gray wedding (she’s now six). We (most women) love weddings. We love flowers and princess gowns and tiaras and romantic lighting, candles and dancing. We love the thought of the day…the thought of being the most beautiful person in the room.

Out of the many secret folders I have started, two are celebrating their wedding anniversaries this year…and a couple are planning their big day (with a fiancé in hand) as I write this.

Now obviously, styles change, sizes change, finances change and sometimes even our outlooks change…so, planning too far in advance could be difficult to say the least. However, there are a few fun ways to make the planning a fun, non-psychotic journey.

1. Don’t get too specific…pick some colors you like, but don’t necessarily pick the exact location and date. Pick some dress styles, but to get hung up on specific designers.

2. Remember to separate dream from reality…dream and dream well, but remember that when the time comes…reality sometimes has a different outlook.

3. Love it, pin it…whether you pin it in a folder at home or online via Pinterest, have fun piecing together all the many trends and ideas you can. Variety is your friend.

4. Keep it under wraps…nothing says commitment on a first date like finding a giant folder with tons of wedding clippings. It’s okay to dream…just don’t scare anyone away. Did I say that nice enough? (hope so)

5. Keep your chin up…being single is not a curse. Enjoy the moment you are in…right now. It will make enjoying the next moments in your life much easier and more beautiful.

My husband (marketing/design guy) wrote a blog post this morning on his site about Influencers. It got me thinking about this concept in regards to wedding and event designs.  Its ironic how many clients want a unique, out of the box event, yet continue to do the same things they are seeing. Now, given, they do not have the same opportunity I have to see certain ideas overdone. When it comes to wedding and event designers, the breakdown is the same…Innovators, Influencers (trendsetters/early adopters), early/late majority and the laggards. What we see in most of in the magazines are usually somewhere between early and late majority, but we are convinced we are watching the trendsetters.

How cool would it be if your wedding or event was the one that all your friends, coworkers, and family emulated for their events, as opposed to the other way around. Staying ahead of the game, when it comes to weddings and events, is part of what I love to do. Trust me when I say that I have so many cool ideas I don’t even know what to do with.

Will Your Wedding or Event Be Legendary

or Just Another Saturday Night?

The Influencers, Trendsetters or Early Adopters are the ones who take the Innovator’s ideas to rest of the world. Innovators are rarely accepted by the masses due to the the extremity of their ideas. It takes influencers to fashion their ideas and pass them along to the early majority which in turn pass them along to the late majority and laggards. Taking great ideas and finding a way to solve the problems and the answer the concerns of your customer, follower or fan is the key to being seen as an Influencer. It will be the reason they come to you on a regular basis. Unleash your brand, to not only provide what everyone else provides, but to awaken new ideas that will give your customer the edge. They will be forever indebted to you and your brand…as long as you continue to provide new ideas that work.

Here’s a cool documentary which will hopefully get your creative juices flowing:

I love this time of year. New beginnings. New hopes. New expectations. Its a time for looking forward and reflecting on the dreams you want to see come true. 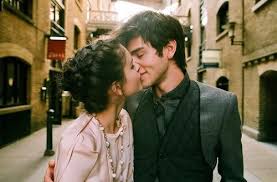 My desire is to see your dream for the “perfect” wedding become tangible. To see you walk the aisle…with your eyes locked on your sweetheart, heart racing and full of wonder. To listen intently as you whisper “I do”. To watch you swept off your feet as the room begins to move to the rhythm of a delicate melody and then wist away to an undisclosed hideaway and begin your new life together. All the while, not burdened with seating arrangements for unannounced guests, maintaining smooth event transitions, vendor payments and corkage fees.

My part in this is to work tirelessly behind the scenes, while you embrace the beauty of the moment. To manage the vendors, the guests, the timelines and the oodles of unnoticed details that go into creating your “dream” wedding.

Through the month of January, I am offering the following promotions to you for your 2012 wedding:

The Designer for 12%, starting at $2012* (normally 15% of estimated budget, starting at $3000) Complete guidance and management from Now until your Grand Exit.  Ensuring an enjoyable planning process and seamless event.

Design My Day for $1200* (normally starting at $1500) We begin 2-3 months from your Big Day to ensure no detail is missed and you enjoy the wedding you have envisioned. Includes rehearsal.

Don’t leave your special day up to chance, we’re here to support you, making this celebration and the moments leading up to it, everything you hoped it to be.

Ever since our family moved to a beautiful loft in the Downtown Pomona‘s Art Colonies, I have wanted to put a show together. So after talking it out with our wonderful neighbors at Twenty Miles East on 2nd Street, it finally became official. July 9th from 6-9pm, we are having the SweetSpot show. We have new, yet gifted photographer, Omega Newbern experimenting with some new images of “sweets“. Did I mention we’ll be serving up Cupcakes by none other than, JoJo’s Dozen…you have to try these (the “Old Fashioned 7-Up” and the “First Crush” are my favorites). Hand-crafted clutches by Brandi Turney and some great SweetSpot Canvas Bags my husband designed will be for sale as well. It’s family friendly, so bring the kids if you’d like or just make it a date night.

All in all, it’s going to be a fun show. Wear your “thanksgiving” pants and after you’re done stuffing your face, you can walk the rest of Pomona’s Artwalk; 3K-4K people enjoying art, conversation, music, food and good times. To checkout the rest of the Artwalk, visit PomonaArtsColony.com. 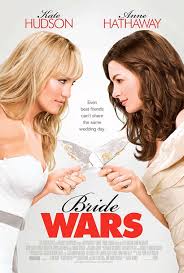 I was watching the 2009 movie, Bride Wars last night. Liv and Emma were obsessed with the idea of a June wedding at the Plaza in NYC. It got me thinking about the significance of the infamous June wedding tradition.

Thousands of years ago, the Romans celebrated a festival in honor of the deity Juno, wife of Jupiter and goddess of marriage and childbirth, on June first. June also followed May, the month of the “unhappy dead” for the Romans, a bad luck month for centuries.

During the 1400’s and 1500’s, June was the month that the community would come together for a communal bathing after being locked in for the winter. It was the beginning of new things; it was spring and they were cleansing themselves ceremonially. The Celtic calendar shows the the first moon after the summer solstice as June 21, which was called the “honey moon.”

Now let’s remember that for many centuries, marriage was not a romantic event, it was a contractual one that very quickly started the process of building a large family. June was ideal for many, because it meant baring children in the following spring and thus increasing their chances of survival after the long and often very lean winter months. Also, spring births would not interfere with the fall harvest, which was the busiest time of the year for most people.

We still see references to this old tradition in the last 100 years, like Bride Wars, the 1948 movie “June Bride,” starring Bette Davis and Montgomery Clift. Even the 1954 musical “Seven Brides for Seven Brothers” continued to reinforce this tradition, with the song “June bride.”

The traditional June wedding is no longer as big a deal as it once was. I have couples who get married just about any day of the year. As far as picking your wedding date, just remember a few tips.

1. Pick a date you can remember (grooms, you can thank me later)

2. Pick something that works for the type of wedding you want (no outdoor weddings in December,etc)

3. Think about your guests and their schedules (Christmas, Easter and the 4th of July may not work for everyone)

5. Think about symbolism (like the day you first met or your first kiss)

I’m even currently working on a New Year’s Eve wedding, which could of actually been a tough day for some. However, they opted to wine and dine their guests throughout the night and encourage their guests to stay the night at the same beautiful hotel where the festivities are taking place. So whatever your date is, think it through so you and your guests will get to experience the best you have to offer.